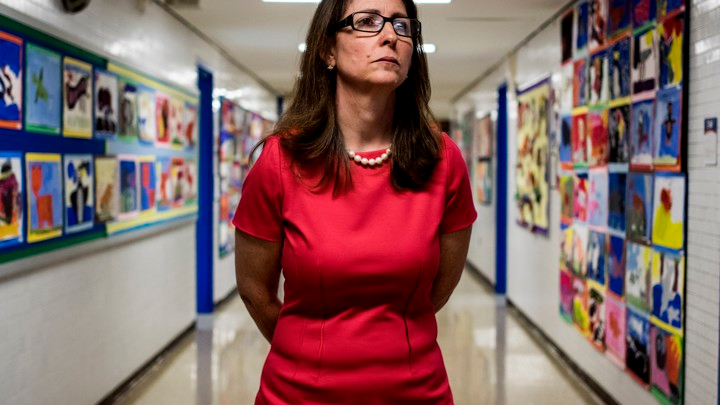 The Chief Privacy Officer of the NY State Education Department issued a ruling on Tuesday May 12 that Eva Moskowitz and Success Academy had violated Education Law 2d, the state student privacy law, that prohibits the disclosure of personal student information without parental consent except under specific conditions required to provide a student’s education.

In 2015 and thereafter, Success Academy officials published exaggerated details from the education records of Fatima Geidi’s son when he was attending Upper West Success Academy, and shared them with reporters nationwide.  They did this under Eva Moskowitz’ direction to retaliate against Ms. Geidi and her son, when they were interviewed on the PBS News Hour in 2015, about his repeated suspensions and the abusive treatment he suffered at the hands of school staff from first through third grade.

Ms. Geidi filed a student privacy complaint to the State Education Department in June of last year.  In response to her complaint, Success Academy attorneys made a number of claims, including that the statute of limitations had lapsed, that charter schools were not subject to Education Law 2D,  and that school officials have a First Amendment right to speak out about her child’s behavior.  All those claims were dismissed in the decision released yesterday by the NYSED Chief Privacy Officer, Temitope Akinyemi.

The State Education Department has now ordered Success Academy to take a number of affirmative steps, including that administrators, staff and teachers must receive annual training in data privacy, security and the federal and state laws on student privacy, that they must develop a data privacy and security policy to be submitted to the State Education Department no later than July 1, 2020, and that after that policy is approved, it must be posted on the charter school’s website and notice be provided to all officers and employees.

As Fatima Geidi said, “ I am happy that my son’s rights to privacy and hopefully all students at Success Academy from now on will be protected, and that Eva Moskowitz will be forced to stop using threats of disclosure as a weapon against any parent who dares speak out about the ways in which their children have been abused by her schools.  However, I am disappointed that the Chief Privacy Officer did not order Ms. Moskowitz to take out the section of her memoirs, The Education of Eva Moskowitz, that allegedly describes the behavior of my son.  I plan to ask my attorney to send a letter to Harper Collins, the book’s publishers, demanding that they delete that section of the book both because it contains lies and has now been found to violate both state and federal privacy law.  If they refuse, we will then go to the Attorney General’s office for relief.”

Last year, the US Department of Education also found Ms. Moskowitz and Success Academy guilty of violating FERPA, the federal student privacy law.  The official FERPA findings letter to Ms. Moskowitz is here.  Yet Ms. Moskowitz launched an appeal of that ruling on similar First Amendment grounds, with the help of Jay Lefkowitz of Kirkland and Ellis to represent her in the appeal.  Lefkowitz is the same attorney who negotiated a reduced sentence for Jeffrey Epstein, the notorious child sex abuser, in a controversial plea deal in Palm Beach County in 2007. Though Ms. Geidi has repeatedly asked the U.S. Department of Education about the outcome of this appeal, she has heard nothing in response.

As Leonie Haimson, co-chair of the Parent Coalition for Student Privacy, pointed out: “Fatima’s son is not the only child whose privacy has been violated by Success Academy.  Last year, Success shared details from the private education files of Lisa Vasquez’ daughter with reporters from  Chalkbeat without her consent, after Ms. Vasquez spoke about how her daughter had been unfairly treated at Success Academy Prospect Heights.  The SUNY Charter Institute also noted unspecified violations of FERPA by SAC Cobble Hill, SAC Crown Heights, SAC Fort Greene, SAC Harlem 2, and SAC Harlem 5 during site visits, noted in their Renewal reports.  The time for Eva Moskowitz to comply with the law and stop violating the privacy of innocent children whose parents dare to reveal her schools’ cruel policies has long passed.”