Tim Farley is a public school parent, a public school Principal in the upper Hudson Valley and a co-founder of NYS Allies for Public Education.  He blogs here and this is reprinted with his permission. 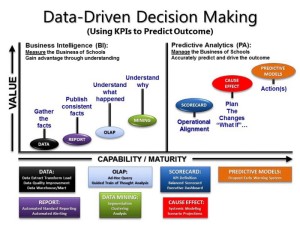 Are Most Parents really Okay with Educational Use of Student Data?

The answer is most parents don’t know what data is being collected and shared in the name of “educational use”. This morning, I received my monthly subscription of the On Board newspaper published by the New York State School Boards Association (www.nyssba.org). I came across an article on page 11 misleadingly entitled, “Most Parents OK With Educational Use of Student Data, Says Survey”. It piqued my interest because I have observed a growing trend of parents being much more concerned about the sharing of their children’s personally identifiable information being shared beyond the classroom walls. So I read the article and then I read the report on which the article is based.

According to Gail Simidian, Research Analyst for NYSSBA, the survey of about 1,000 public/charter school parents revealed “Seventy-six percent said they have a clear idea about how their child’s school uses student data.” However, parents are “picky” about who can access that data (89% believe it is fine for school personnel to have access to their child’s data, “but less than 50% support non-profits or other educational firms having access.” (emphasis mine)

As the above result makes clear, most parents do NOT support vendors and other third parties outside of the school or district receiving their children’s personal data, as currently occurs with the proliferation of education technology and other corporations provided with access to this data.

The report is titled, “Beyond the Fear Factor, Parental Support for Technology and Data Use in Schools.” The study was undertaken by The Future of Privacy Forum to allegedly get a better understanding of what parents know and want with regard to the use of data and the use of the data within the educational system. Not surprisingly, this study was funded by the Bill & Melinda Gates Foundation. (emphasis added)

In the Executive Summary, under the heading, “What do parents know about the use of technology in schools,” the survey indicates that parents believe they are very aware of the technology being used and furthermore, “they understand what data are collected and how they are used.”

Under the “conclusions” section of the Executive Summary, it states, “More work must be done to explain to parents how their child benefits from improving the effectiveness of educational products based on lessons learned in the classroom… and educators and vendors (emphasis added) must make an effective commitment to parents that student data will never be exploited.”

Wow! According to the authors of this study, it is now the school’s responsibility to commit to parents that their children’s data given (without parental consent) to third party vendors will not be exploited. I find this conclusion to be ludicrous.

From my observations, parents have very little knowledge of the sheer magnitude of data being collected on their children and being shared with third party vendors at an alarming rate. Leonie Haimson, Executive Director of Class Size Matters, recently co-authored an article in the Washington Post highlighting just how rampant this problem is in our schools.

According to the “Parent Query” report, all of these data can be shared with: US Department of Education, organizations that offer financial aid, researchers who analyze the data and use their findings to make recommendations about how schools can improve, companies that create educational software, websites and apps (emphasis added), and non-profit organizations.

Another disturbing piece of this study can be found on page 39: “Student information can measure and hold teachers accountable for their effectiveness in the classroom.” (emphasis added) The Value Added Model (VAM) and the use of student results on standardized tests to measure teacher effectiveness have been heavily criticized by the American Statistical Association as not being a valid nor reliable .

If parents were told how much data is being collected on their children and shared with other companies, organizations, and governmental agencies, all without their consent, they would overwhelmingly oppose this practice in even greater numbers than this survey reveals.

Would Bill Gates be okay with the Lakeside School (prestigious private school where Bill and Melinda Gates children attend) collecting these types of data and sharing those data with third party vendors? If the unfettered collection of student data isn’t what most parents would want for their children, why is Bill Gates paying for “studies” that seemingly attempt to persuade us that they do support this, and that more efforts must be made by their schools to convince them that the sharing of this sensitive data is good for our children?

In the future, I hope that NYSSBA’s publication, On Board, will more honestly report on research, and feature less “research” funded by Bill Gates that benefits Bill Gates.

I do appreciate the help in opening the eyes of those who read it to expose the wizards behind the curtain who now have access to everything they believe they have the right and need to know about every student in New York schools.