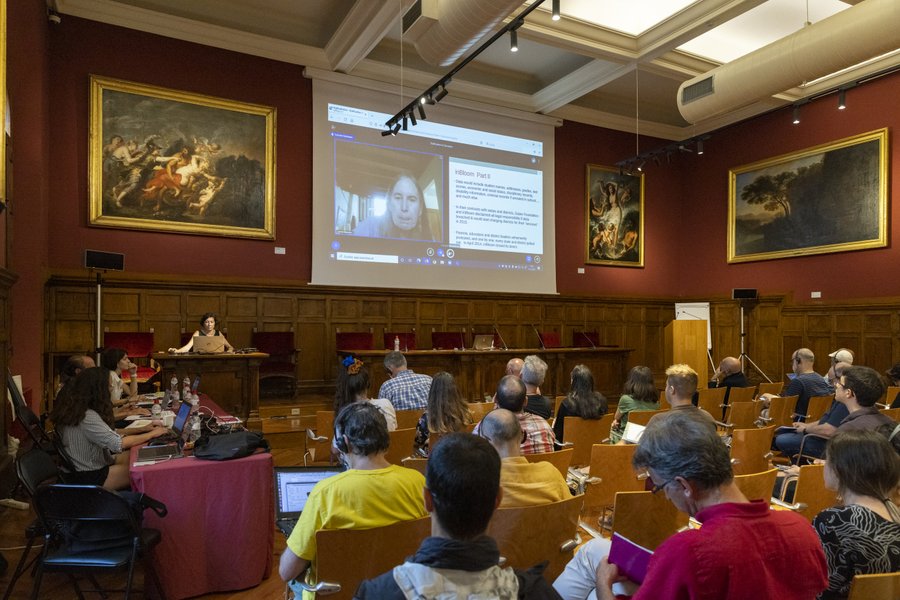 I just gave a brief presentation at the 1st International Congress on Democratic Digital Education and Open Edtech in Barcelona (remotely), on how the Parent Coalition began and how our fight continues.

We also engaged in a brief discussion about how the pandemic has undermined student learning & privacy thru the expanded use of online products – but push to privatize schooling via ed tech started before pandemic & sadly will continue long after its over.

My presentation is below.

A presentation we recently gave to the Data Privacy Advisory Committee of the NY State Education Department on the history of the NY State student privacy law, Education Law 2d, beginning with inBloom Inc. and the continuing problems  with lack of compliance and enforcement.

On May 6, the NY Post revealed that about two million students in NY State alone may have had their privacy violated by the massive Illuminate data breach; students in CT and CO were also affected.

This is an update from reporting in  The Journal, based on FOILed records from NYSED that found at least one million students affected, across  24 school districts and 18 charter schools in New York, plus one Board of Cooperative Educational Service .

The NY State Education Dept. and the NYC DOE need to do a far better job protected personal student data and complying with the NY State Student privacy law 2D, which was passed in 2014, and to minimize the sharing of student data, ensuring strict security standards including encryption, and requiring that vendors delete it as soon as possible and at the very least when students graduate, none of which happened here.

Illuminate has reported that the hackers accessed a ” database storing some information in unencrypted format “, according to  the The Record news site, and that the data may have included student and parent names, email addresses, grades, attendance, birth dates, ID numbers, genders, race and ethnicity, languages spoken at home, Title I and disability status and more.  Data from the records of students in Colorado and Connecticut may also have breached.

Last weekend, Leonie Haimson, co-chair of the Parent Coalition for Student Privacy and Doug Levin, Co-Founder and National Director, K12 Security Information Exchange and a national expert on student data breaches,  gave  presentations at the Network for Public Education national conference in Philadelphia, in which we discussed the Illuminate Breach and the how districts and schools can better protect the privacy of their students and teachers.

Below are the videos of the this session, separated into Part I and Part II, along with questions and comments from the audience, and their power point presentations.

Parents and students, if you are concerned about how the apps and technology you’re using in school and at home are collecting and sharing children’s data, please let your members of Congress know by sending this message.

In his March 2022 State of the Union address, President Biden specifically said we must do more to protect children from surveillance and harm of Big Tech.

“These companies know everything from where users are physically located at any moment, to how many seconds they spend reading a particular post, to intimate personal data like what medical symptoms they have been researching. Children are also subject to the platforms’ intensive and excessive data collection vacuum, which they use to deliver sensational and harmful content and troves of paid advertising to our kids. By one estimate, online advertising firms hold 72 million data points on the average child by the time they reach the age of 13. The President is calling on Congress to ban excessive data collection on and targeted advertising online for children and young people.”

We also know that edtech programs collect massive amounts of sensitive demographic data on children, including their email, home, income, grades, disabilities, citizenship status, discipline and criminal history, religious preference, behavior and more. In many cases, we have no idea how they use and share this data with other companies.

Yet a recent study found that 60% of school apps are improperly sharing student data with third parties. The Markup, in its investigations into Naviance and PowerSchool, found that when parents and schools asked to see their students’ data, these companies refused to share that information.

The Markup also found that Naviance allowed their customers to target students and their families with ads, based on their income and race. PowerSchool, which owns Naviance, can collect as many as 7,000 data fields per student, and uses algorithms to predict a student’s risk of not graduating high school on time starting in first grade.

Please click here to send a message to your members of Congress, asking them to support strong privacy legislation that will protect all minors and students. We need to reign in Big Tech from surveilling and monetizing kids.   Thanks!

If you’d like to send your own letter to your members of Congress, urging them to oppose this privacy-invasive data collection by the federal government, please do so now by clicking here.

With little public notice and no hearings, the US House of Representatives passed the College Transparency Act on Feb. 4, embedded in a much larger bill called the America Competes Act.  The bill will now go to conference with the Senate.  You can read the bill here, starting on p. 30.    The CTA would authorize the federal government to collect the personal information of every student enrolled in college or another higher education institution, and track them through life.

Today, the Parent Coalition for Student Privacy, along with several other prominent privacy and education groups listed below, sent the following letter to Congress, urging them not to approve this bill which would create an invasive and risky federal surveillance system, without any ability for students to opt out of the system or have their data deleted.  If you’d like to send your own letter to your members of Congress, please do so now by clicking here.